In the exhibition are proposed 20 works by the futurist painter Pierluigi Bossi,

nicknamed Sibò, showing his artistic activity in the thirties. Almost unknown to the critics, Pierluigi Bossi was actually an original artist if compared to the other aeropainters.

Inspired by the land reclamation of the Pontine Campagna and  the birth of  new cities, he linked the moving perspective from the sky to a transforming land.

His representation is thus connected to the phenomenal datum also in the optical and perspective distortion and it transfigures man’s activity as if man transformed the Earth and changed himself. The new cities and the Pontine Campagna sometimes seem to be nearly a bridge towards the Cosmos, which appear as the future development of our reality, while men are turned into machines and arborescent, enriched entities: it is an unpublished and narrative solution  connecting Aeropainting to the cosmic Prampolinian idealism.

Side by side  to the exhibited Sibò’s paintings are shown three works, also devoted to Littoria and the land reclamation but by other Futurists: Enrico Prampolini, Tato, and Renato Di Bosso.

The catalogue rich in documentary material and some unpublished writings, reconstructs also his participations in the shows and the publishing framework of the time, from the debut in 1936 in his first show in Littoria, the Second Exhibition of Wall Plastic, till the XXI Biennal of Venice in 1938. 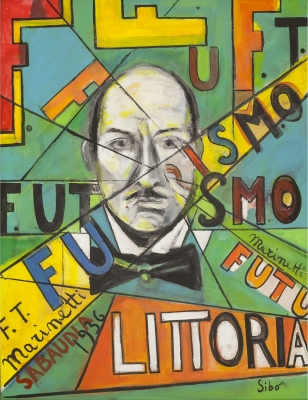 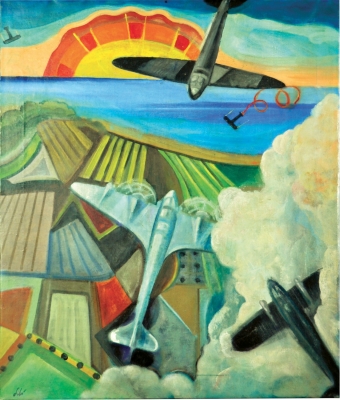 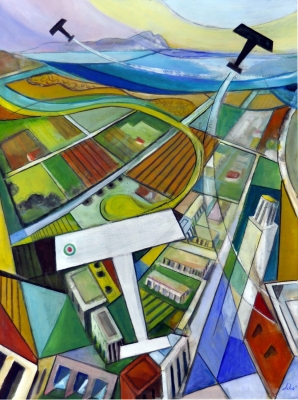 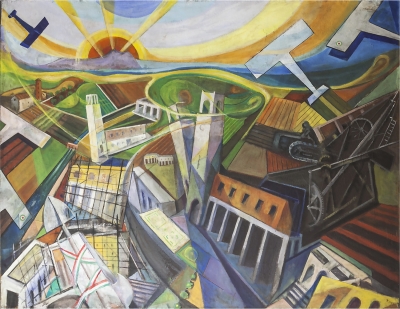 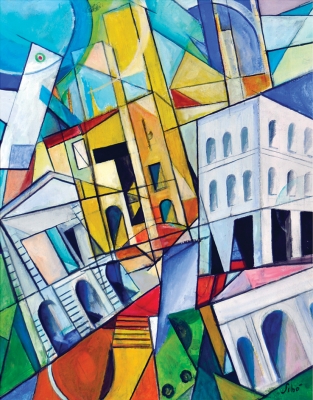 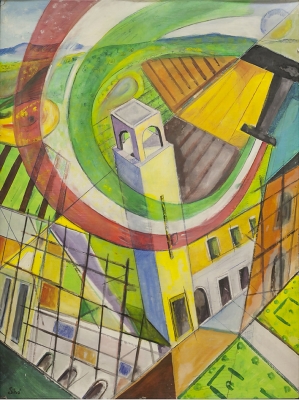 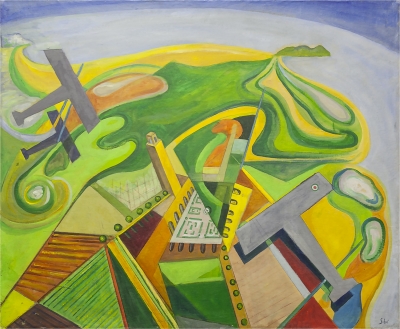 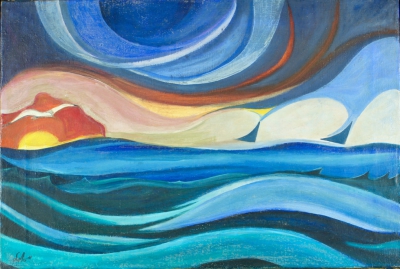 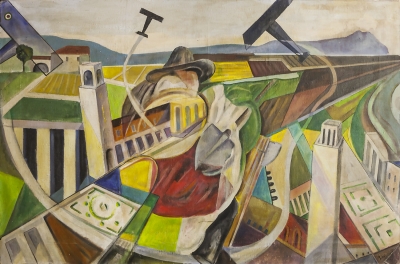 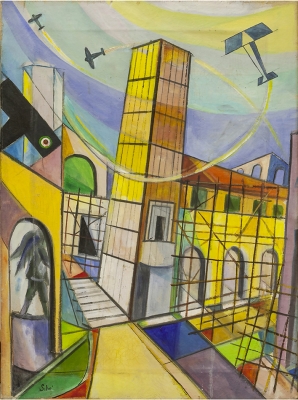 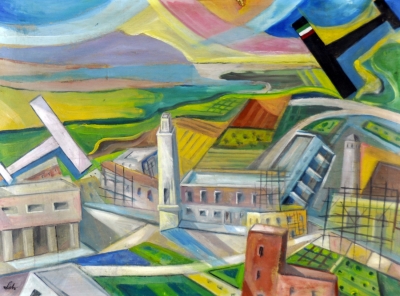 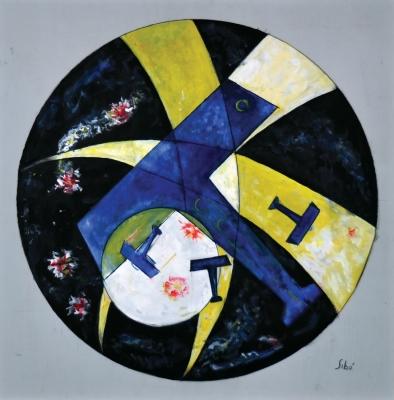 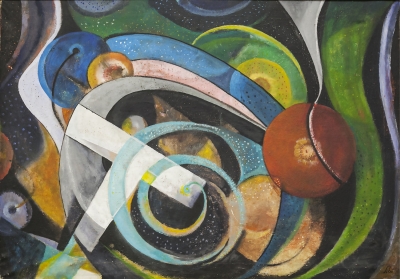 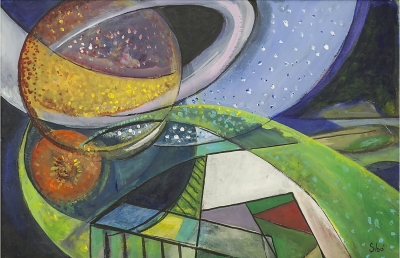 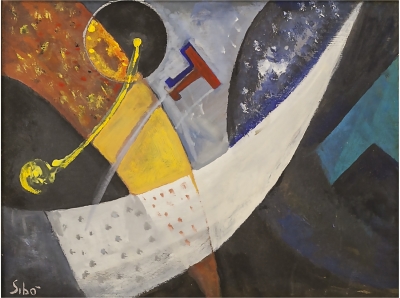 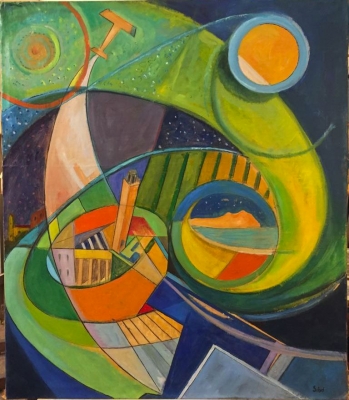 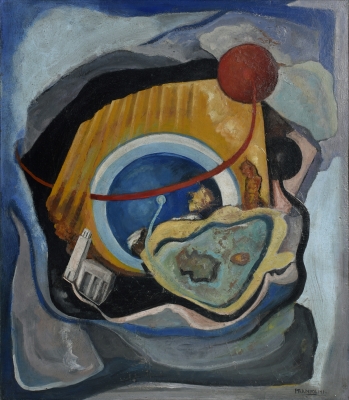 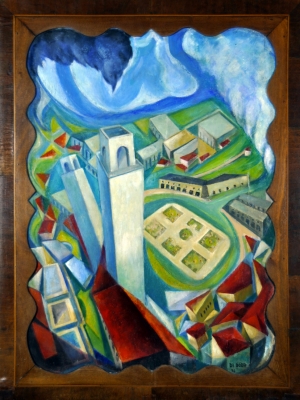 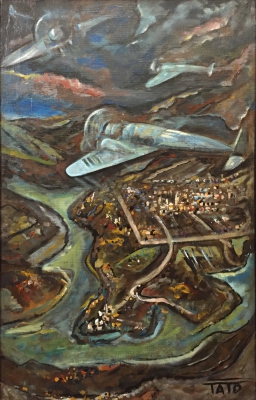